I whipped up a couple of Oh, Honey Hats this weekend. My first was supposed to be for me but I didn't make it tall enough before the decreases. Instead it fits the kids. Pam suggested adding a tassel for them, which I think is a cute idea. 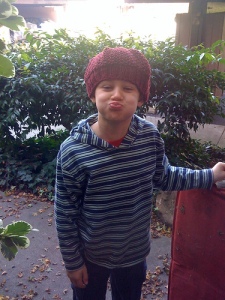 niels’ models a hat I knit

Taking my lessons from the first one, I made another, making sure to make this one taller and using a smaller needle for the ribbing to hopefully create more stretch. It's a cute hat, but I'm still not convinced I can pull off the slouchy hat look. 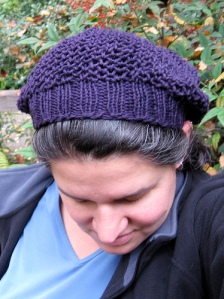 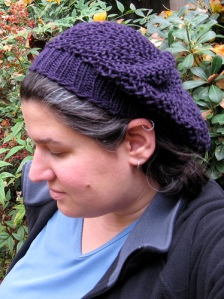 Here's a bonus photo of the scarf, as I plan to wear it. It's actually pretty warm since it's nice and thick. 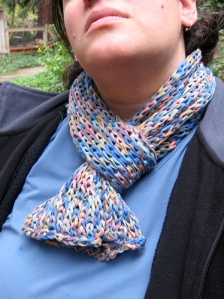 how I plan to wear the scarf

I have it inside out in this photo but that would work the other way as well. I want to knit a silk one after seeing Pam's version in Tili Tomas Pure and Simple, which is a silk yarn single like Regal Silk. Maybe I won't have five hanks of that to sell after all.

One thought on “oh, honey hat”