Okay, I have been pretty busy in the past year, craftwise. I didn’t realize it until I sat down to look at all the pictures and update you. All of my project information can be found on my Ravelry profile. Pardon me for not linking individually!

First up, January was all about Pussy Hats for the Women’s March. I made 18 in the end, I think. I gave some to local friends and  mailed others off to far away relatives, friends, and friends of friends). It was a good project for me to throw my energy into in the aftermath of the election. My hats went to the Oakland, San Jose, DC, and Philadelphia marches.

Speaking of hats, I also knit three Habitat hats, one for my older son and two for my nieces.

Then I knit my dog two sweaters, one too big and one too small. I am thinking it’s time to knit him the just right Goldilocks sweater.

In February, my cousin’s daughter had a birthday, so a dress for her American Girl doll was next up.

My younger son already had a hat (a Droste hat, not Habitat, but similar style to Habitat) but I knit him a sweater in the same yarn for our trip to the Netherlands. He is seen here enjoying an amazing hot chocolate on said trip.

While we were there, I decided I needed a hat too, so I knit myself a star-crossed slouchy beret.

In April, a teacher at my children’s elementary school was pregnant and moving away, so, of course, she had to get a bunny before she left.

In May, I taught a knitting class with my Textiles co-lead as one of the parties for our silent auction, so I had to knit a cowl for that.

My younger niece had a birthday in June and asked for a “fuzzy blue blanket”, so I had to oblige, of course!

Last but not least, I finished a silk cowl I was knitting in a beautiful gradient yarn! This reminds me that it is almost cold enough to wear this one. I should figure out where I stashed it once it was done.

Last-ish, actually, because there were some non-knitting crafts. I drew some robots and colored with my water color pencils.

My younger son and I each embroidered something for his 5th grade teacher. (He loves sloths, so he made the sloth for her.)

I sewed a dress that I am not sure I like, but I am glad I got the practice sewing garments. It’s a little too tenty on me and the blue color was an unfortunate choice that ended up making it look a bit like a scrub shirt.

Finally, I embellished and embroidered on this piece of an art quilt that a student at the Social Justice Sewing Academy put together. I liked the message, I hope the student likes what I did with it.

Whew! Lots of catching up! Tomorrow I will share my current WIPs.

…and it was me. No post yesterday, I spent about 36 hours either in my bed or on the couch. I got through the last two episodes of Master of None, although I fell asleep in the middle of the last one. That is no reflection on the show, just that being sick was wearing me out. I enjoyed the whole season quite a bit. I hope he makes more.

This morning I wasn’t feeling that much better but I did have energy to start moving around again, and my energy slowly returned during the day. I enjoyed the leftovers from the Thanksgiving dinner that I had missed. My husband brought me home quite a spread. I ended up eating some of it for lunch and dinner. The rest might have to be breakfast because we are having second Thanksgiving tomorrow. Yum!

I got to work on our holiday card. I wanted to draw something for our card this year and peace has been on my mind recently, so I tried to make a peace zentangle. 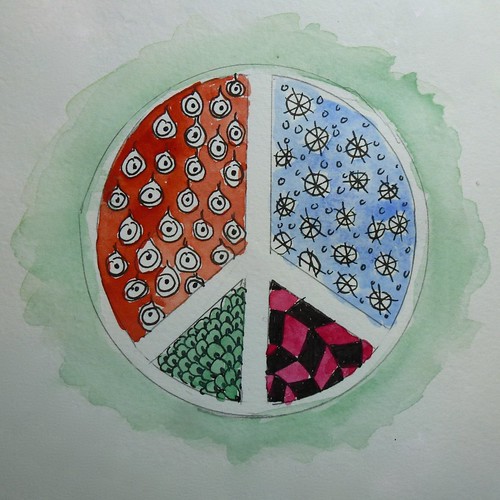 I am not sure the peace sign read well enough and I decided I didn’t like either the colors or patterns I had chosen, so I tried a more traditional winter scene route. 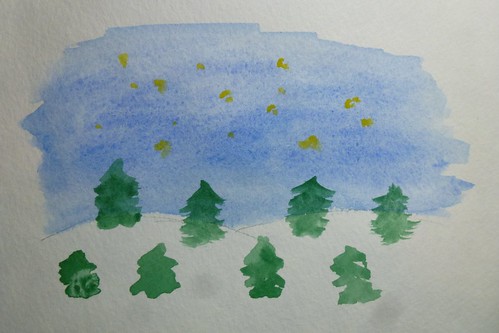 I ended up feeling like there were too many trees (which my 13-year-old son thought was ridiculous). Also, I smudged one of the trees with my thumb. So I tried again. 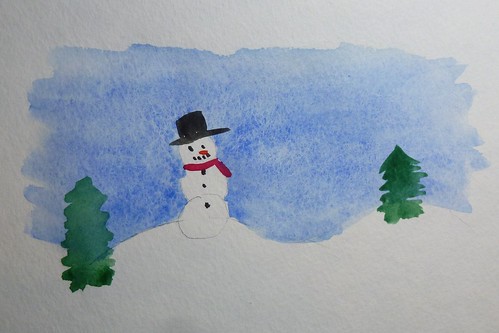 I was happy with this but not ecstatic. Then I had an idea to try something with one of my coloring pages. 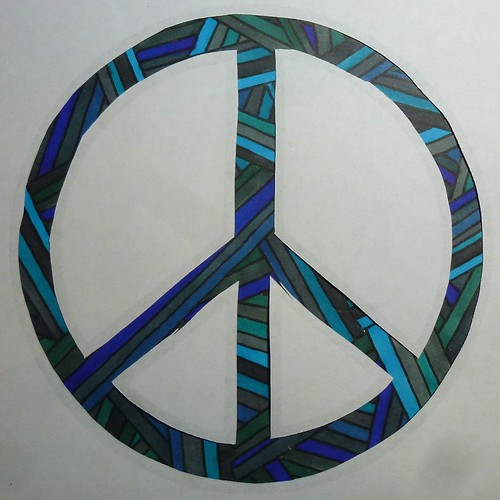 This is not my final piece but it is along the same lines as what I ended up using. I’m pretty happy with the one I chose for the card and I like this one, maybe for a holiday profile picture!

I hope you all had a wonderful Thanksgiving (or Thursday, if you are not in the US) and that you weren’t too sick for the turkey, like I was. I finished a knitted item today, but I want to block it before taking a picture to show it off. Hopefully tomorrow!

I finished a coloring page today. 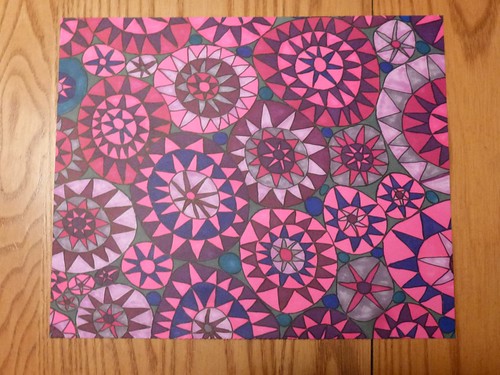 I really should figure out what to do with them. They are piling up in my house. The previous two books I had didn’t have tear out pages which makes it easier to just keep everything in the book. Once I’ve torn it out it feels more final or something. What would you do with them?

I also made a one second test video today.

My son is supposed to make a stop motion animation for school so I downloaded Stop Motion Studio to my iPad for him and tried it out with the play dough we made for his project. I can see how that could be fun!

I am not quite sure how it happened but I took up coloring this year. I think it was an offshoot of the Zentangles I was drawing last year around this time. I colored some of them and I suspect that on a quest for markers to color my own drawings, I discovered the wide selection of coloring books available to grown-ups for coloring right now.

I started with two different books of mandalas (Mandala Design Coloring Book and GeoMandala) and did a bunch of those. Here are a few of my favorites. 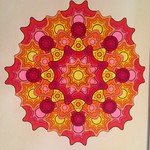 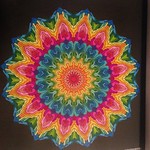 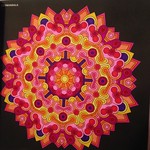 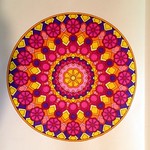 Most of those are done with Stabilo 68 markers. I then got a book called Just Add Color: Mid-Century Modern Patterns along with some Spectrum Noir markers and that took off. I now have Just Add Color: Geometric Patterns and that is my current obsession. Again, a few favorites. 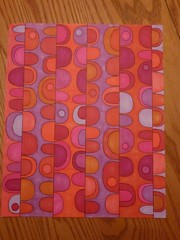 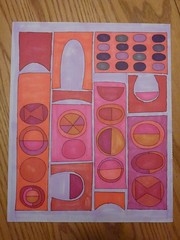 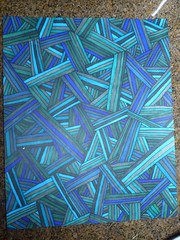 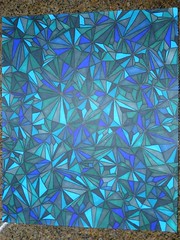 I am no longer astonished as to why I haven’t finished many knitting projects. When I uploaded these photos I saw how many there were! Almost 50. That is a lot of coloring! You can check out my art album on Flickr if you want to see more.

I find it very soothing and a bit comforting that there is no expected final product. Yes, there is a colored page when I am done but it doesn’t have a purpose. That may sound ridiculous but I spend so much of my time working on final products (meals, knitted items, projects for school) that it’s nice to do something that has no point.

But yes, I do stay in the lines.