My day: I walked the dog, wrote emails, went to the laundromat to washing sleeping bags and satin stitched leaves. 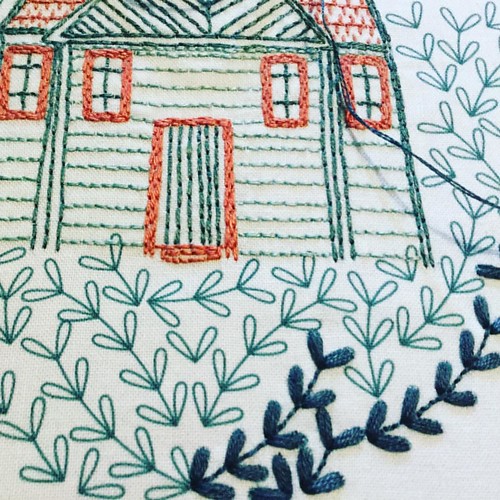 I also thought a lot about this quote from American Gods by the incomparable Neil Gaiman.

It’s almost hard to believe that this is in the same country as Lakeside,” he said.

“Is that so?” said Shadow, mildly.

“Indeed it is. They may share certain cultural signifiers—money, a federal government, entertainment. it’s the same land, obviously—but the only things that give it the illusion of being one country are the green-back, The Tonight Show, and McDonald’s.”

Not the same country. That explains so much.