It was an exciting day here in drought-ridden Silicon Valley: it rained! 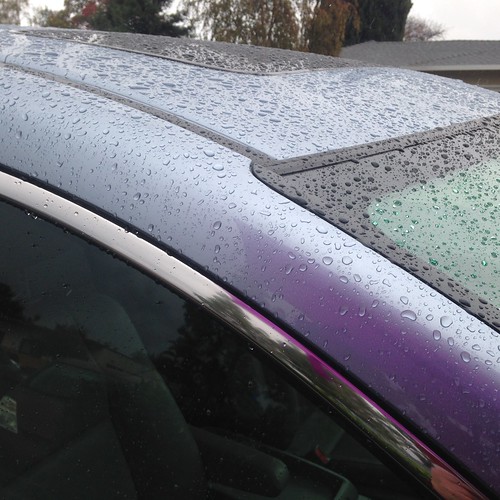 Not only did it rain but there was thunder and lightning! That has happened maybe twice in the almost 15 years that I have lived here. I am not sure that I would have believed it if someone told me I would get this excited about rain before I lived here. I lived in the DC area for six years right before moving to California and the rain there is truly impressive. It comes down in buckets rather than drops. When my husband first moved to DC from the Netherlands he used to go outside and stand in the drenching rains because it doesn’t rain like that in the Netherlands either.

In any case, it rained here and that meant it was a day for making granola and soup, so I did. I didn’t take pictures of either but I can link you to the lentil and squash soup I made. It was quite tasty!

In between cooking and school pick ups, I saw a rainbow at my younger son’s school. 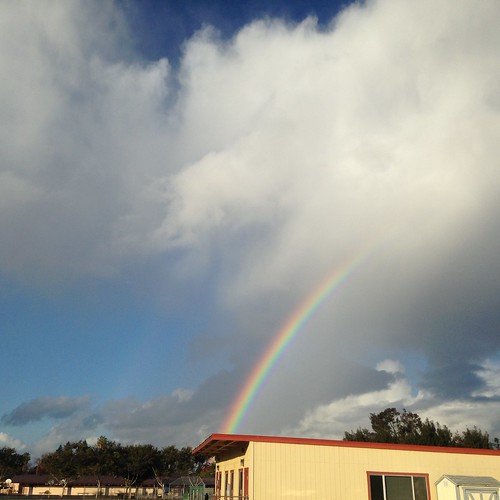 A very vivid and impressive rainbow, at that.

Here’s hoping that the rain keeps it up all season. We can take it, El Niño, bring it on!